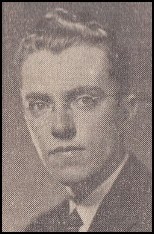 Rev. Allyn Robinson came to the United Church of Raleigh in the late 1930s. He is widely known for having started the Institute of Religion in 1939. But on September 30, 1943, he drafted a remarkable and unusual letter to the congregation.

He begins by acknowledging rumors that he was planning to accept a call to another position. He describes the job offer he has received, and then describes his strong feelings for the United Church that have persuaded him to decline the offer. But then he emphatically proclaims “BUT SOMETHING IS WRONG!” and proceeds to berate the congregation for poor attendance at worship on Sunday mornings. And their lack of enthusiasm for worship leads him to conclude with the charge that such apathy is the cause that “the liberal church is weak.” And finally he lays out the expectation that he will see his parishioners at church on Sunday mornings unless they are “providentially hindered” from being there.