I see the love of God in you

What does God require of you?

This is a slightly condensed of the worship service on March 15, 2015. The entire service was led by CUCC youth. The video below (34 min.) shows the entire service except for singing of some hymns and other songs by the congregation, and portions of long periods of silence such as silent prayers and the offering.

The United Church scrapbook (192 images) includes program announcements, church bulletins, correspondence, and extensive newspaper clippings from the period roughly from 1923 to 1960. This archived version attempts as much as possible to preserve the scrapbook digitally in the same form as the physical scrapbook.

I found the scrapbook in September 2012 buried deep in a pile of disorganized boxes of photos and miscellaneous clippings and documents in the closet off the back room in Pilgrim House. Apparently at one time the scrapbook had been transferred from Mary Pruneau to Cy King, presumably during the period in the 1970s or 1980s when Cy was serving as church historian. Cy eventually returned the document to the church, and it apparently landed among other disorganized artifacts that no one is really in charge of.

As much as we talk about the historically vibrant periods of our past, including the Institute of Religion, what we generally hear is the same stories over and over. This digital archive attempts to give a more complete picture of our past by including stories rarely heard, and artifacts seldom seen.

The divisions in the sidebar to the left are taken from the divisions in the scrapbook itself. So the order and structure of this archive matches that of the physical book. You can browse the scrapbook by clicking the various nested links to the left, and once you’re in an album you’ll see that the captions for the photos are often descriptive of what the item is all about.

So enjoy getting to know our past a little better! 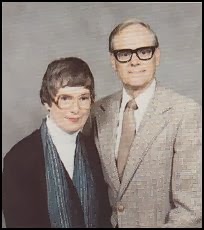 In the spring of 1981, our CUCC historian Ann Elleman recorded a series of interviews with long time CUCC members. This process lasted for several months, and Susie Sapp put in long ours to transcribe the interviews to text. The result was a 90-page single-spaced typed document that is packed full of first-person accounts of the early years of CUCC and the decades of life at the United Church of Raleigh that preceded formation of CUCC. In September of 2012, Lavon page scanned the report and indexed it so that it can be searched for individual participants. This has become a valuable resource to bring to life some of the names you hear so often when old timers talk about our past.

The 100th Anniversary Scrapbook is an aging loose-leaf binder with almost 300 pages of photocopied material assembled in 1981 (probably by church historian Ann Elleman). It surfaced some years ago during an investigation into the contents of the back room of Pilgrim House. For years I delayed work on the scrapbook because of the perplexing task that organizing its content would present. It is now being made publicly available for the first time.

The 100th Anniversary Scrapbook includes pages that are highly varying in format. The majority of the pages are made up of newspaper clippings. Since the size of the clippings varies greatly, these images cannot be presented in a fashion where all clippings are reduced to the same size (as in most photo albums). To do so would render the large clippings unreadable, and would render small photos as being large and blurry. For that reason you'll need to read carefully the section below on how to browse the scrapbook efficiently and effectively. You can spend many hours browsing through this volume. And any time spent doing so will lead to a better understanding of the origins of CUCC and its remarkably complex history. Enjoy!

We provide a couple of different ways of viewing the CUCC 100th Anniversary Scrapbook compiled in 1981: